Young women came to HM Factory Gretna from every part of Britain and her Empire. The site was the location of Britain’s largest cordite factory, a sprawling collection of wooden accommodation huts and brick-built manufacturing and storage sheds, all serviced by 125 miles of military narrow gauge railway line.

In early 1915, neither Gretna nor Eastriggs existed but by the autumn of that year the British generals of the Western Front were demanding more shells to hasten the end of the war and work began on the nine mile long munitions factory that would eventually straddle the border from Dornock in Dumfriesshire to Longtown in Cumberland with the codename Moorside.

Estimates for the number of navvies involved in the construction work vary, but there were many thousands. HM Factory Gretna was constructed in nine months, an achievement that was noted in a newspaper article by Sir Arthur Conan Doyle. He is also credited with the creation of the term “Devil’s Porridge” for the mixture of gun cotton and nitro-glycerine that was used to produce cordite as a shell propellant.

The first stage of the work involved charring cotton waste with nitric and sulphuric acid in pans made of stoneware to create nitro-cotton, or gun cotton. It was an extremely hazardous procedure, creating toxic fumes and there was always the danger of acid burns from splashes. The cotton was washed in boiling water, then cold water and finally rubbed with chalk to neutralise the acid. To produce cordite, gun cotton had to be mixed with highly unstable nitro-glycerine, which was created using glycerine from the soap industry, plus nitric and disulphuric acids. Nitro-glycerine production was so dangerous that no machinery could be involved. The materials had to be gently mixed in lead containers, allowing the nitro-glycerine to float up and be skimmed off. The nitro-glycerine was moved around site along lead channels under the influence of gravity. Cordite was mixed by hand in broad vats. Conan Doyle wrote of the “smiling khaki-clad girls… swirling the stuff round in their hands” despite knowing that the risk of explosion was always present. The 34 engines that transported the material round the site from production to storage areas ran on compressed air, not coal, for that very reason. The factory employed 20,000 workers housed at first in the wooden huts that quickly became known as “Timber Town”. Women were the principal workers in the production of cordite. Dressed in a uniform of trousers, crossover tunic and belt, with their hair often cut short but always completely covered in mob-style caps for safety reasons, the women collected the gun cotton from large heaps before tipping it into the vats and kneading it by hand. Their skin often turned yellow from handling the dangerous materials.

The hours were long too, as the clamour for devil’s porridge continued. By 1917, the factory was producing 800 tons per week and King George V and Queen Mary came to view and praise Gretna’s war effort.

Inevitably, there were serious incidents resulting in deaths, although it is hard to estimate numbers due to the secrecy that surrounds munitions production in times of war.

In theory, the young women workers were well paid and had money to spend. Gretna offered its 20,000 workers purpose-built schools, shops, a hospital and cinema but they were kept under surveillance and Gretna had its own police presence. The Gretna administrators did their best to control the women’s access to the alluring pubs in Carlisle during their free time, including restricting local train services but many workers took the dangerous route on foot across the railway bridge to make sure they had some fun in the little free time they had. Their reputation for drunkenness grew steadily and was partly responsible for the introduction of the State Management Scheme in 1916.

When the war ended, much of HM Factory Gretna was dismantled. Although it covered a large area, the layout would have been relatively sparse, and construction lightweight. This would ensure sufficient distance between buildings to avoid a chain reaction if there should be an accident in one, and to minimise the effects of flying materials in the event of an explosion. Despite the huge size of the operation, almost nothing remains of its construction other than a few anonymous building remains and foundations. The history of the site is recorded in the purpose-built Devil’s Porridge Museum. 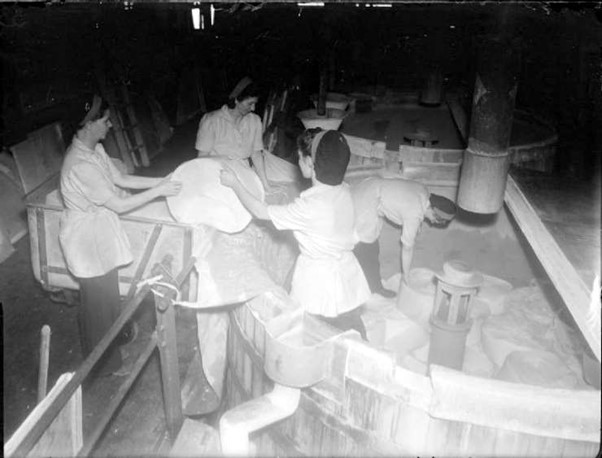 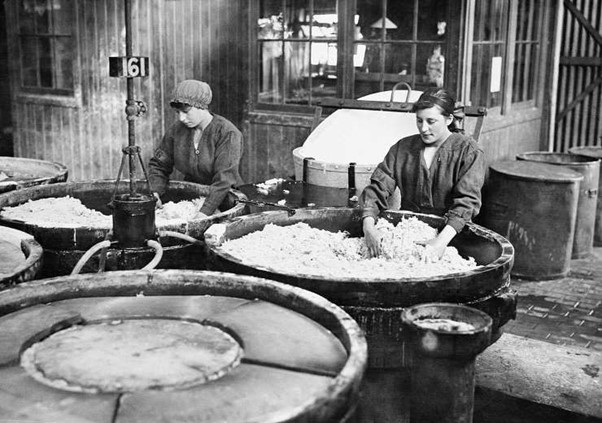 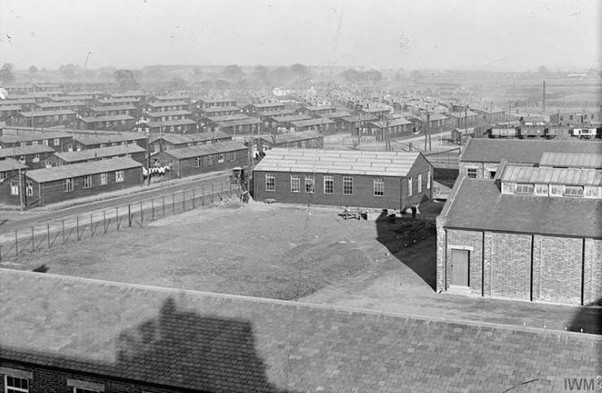